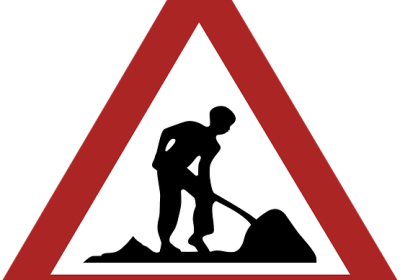 Dear Friends, Bravenet is forcing an update to 8.0 PHP. This will also probably likely require a WordPress theme update as this one is no longer supported. Themezee has a dynamico theme but the trend appears to be that “a blog must look like a blog” rather than a news website layout perhaps due to the PTB in media. Let’s hope this goes through okay, and also for the other websites which we started over ten years ago. In the worst case, maybe we will just switch back to HTML and retire this website, in which case all the articles will be saved for free at columbiapress.org. Christine Kroll, M.A.

The problem with the plugins is now narrowed down to the PHP being outdated itself; however since the theme is also no longer supported, we have downloaded the new theme. Checking out other themes and reviewing the details, actually it’s a great theme in terms of flexibility and scope, although there are almost too many fonts to choose from. (A print format reminds me that bad news used to be buried on page 20, but now it can be in a box the same sized as all the rest of the news on the front page as one scrolls down.)

We also eliminated some of the plugins that are questionable; for instance wp-backup doesn’t save as a zip file, but instead as a set of subfiles, which can create vulnerabilities.

However one significant problem right now is unfortunately the present host server which last year eliminated the SFTP Java Applet. The pretext is that it’s deprecated. Having quite a few websites, the SFTP tool is definitely a must for file downloads, transfers, and workability. The hostserver recommends WinSCP, Filezilla, FTP Voyager, JScape, or other paid FTP software. None of them worked out for this client.

In days of experimenting, it would also suffice to say that this client has used computers since 1974, during college, throughout her career, and including various types of software design packages and owning a number of devices. So while not being exactly a whiz; nevertheless, she was able to design plans, blueprints, conduct analysis, publish books, and transition into webpage development.

The hostservice is not being exactly forthright about the SFTP connection difficulties; in fact they insisted that there was nothing wrong with using Filezilla even after we pointed out that the version downloaded may not have scanned with any bugs, but it simply would not uninstall. It had to be uninstalled manually, and one DLL file connected with Explorer (which we don’t use) had to finally be deleted using Window command prompt.

Since we use this computer system almost weekly if not daily for transactions of many types, the chance that there is an internal obstruction preventing connection for SFTP software is unlikely. The software downloaded properly, but it simply would not connect, with messages such as “timed-out” or “cannot connect” or “connection attempt failed.” (We did turn off the firewall, and allowed the app permission to transact).

Whether it is the software version (we tried multiple versions of WinSCP), the problem appears to be that the pathway is not accessible. The support person insisted that he was able to connect via Filezilla, and had set up a new username, password, same pathway, and advised to use SFTP, port 22, which we had already done numerous times. (There is no actual proof that he was able to connect furnished).

Anyway we tried this repeatedly along with the other two accounts, but there was no connection. (The other pathway is /web/columbiapress.org/). The password can be changed once one gets into the account, strangely enough, even if there is no connection.

The support person is insisting that this is the only solution for SFTP right now, is downloading your own SFTP software from somewhere at your own risk, with no specified version, and that should be adequate for establishing an SFTP connection.

Frustrating as this seems, the ultimate solution requires shopping for a new hostserver. There has got to be a hostserver still offering a forthright SFTP option that actually works for the client without them having to download their own SFTP software to connect.

Because from the years back in 2009, this hostserver had actually recommended developing a new tree for each subdomain, meaning that there are many separate webpages and each with various files, images, whatnot. This is why it’s not so simple to download webpage files or it is very time-consuming without available SFTP capability.

Anyway, we didn’t name the support person nor the company yet, right? Afterall, they might retaliate against us if we decide to move away! We had over a decade of business with them, and would have continued, but this one takes the cake. We will not speculate on any underlying reasons why the support may be less than forthright, whether there is an ulterior motive, or who else this has happened to, except that there is a feeling of also being gaslighted, when or if the client doesn’t feel they are being taken seriously, as if somehow the lack of a functioning SFTP system is due to the client lacking expertise. Free software can contain bugs that are not easily detected

Recap: They’ve taken the SFTP activation-and-transfer process, an operation that took only a few minutes, and substituted a labyrinthine process taking hours for client downloading, testing, and then having to work out unresolvable connection difficulties! It’s beyond unconscionable to advertise SFTP when they really no longer offer this service.