Will the Church Repair it’s Reputation? 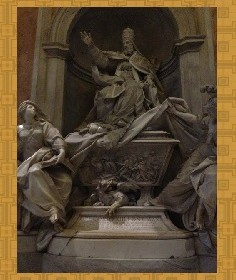 Note: This article contains disturbing details and imagery per the article on  crimes against humanity cited below.

Now that mainstream media is hailing Pope Francis as the “rockstar of the Catholic Church,” it is clear that what the Pope espouses resonates with his crowds. It’s time to help the poor, care for the environment, and offer decent opportunities for the homeless, and even redistribute wealth.

However critics have emerged from the closet. We may be constrained to think of those accusing clerics of sexual abuse as only trying to wring the Church for millions of dollars, but there are so many cases of people who suffer from traumatic flashbacks. There are Hispanics and indigenous people who also believe that the canonization of Father Serra, a California missionary and a harsh overseer, as unnecessary. There are published interviews and video testimony from those who have been forced participants of satanic rituals. There are even rumors relating this Pope to the junta and its stealing of children from political prisoners in Argentina.

The levels of corruption finally resulted in the last pope, Ratzinger, having to resign.

For too long, the popes have maintained such a scurrilously promoted, distractionary anti-abortion anti-birth control agenda that many former Catholics are alienated.

Is it possible that the same Catholics who only a few years before obediently marched to the tune of keeping their noses toward the ritualistic grindstone, will now be waving blue scarves towards the sky and become faithful climate activists and peace advocates?

If all that the Pope says appears to be so much news too good to seem true, it probably is. Not a few observers will note that his speeches borrow freely from the tenets of the Unitarian Universalist Church, such as “affirming the inherent worth and dignity of every human being.” One suspects his speech writers carefully studied liberal theologies in order to borrow freely from progressive Presbyterian or Methodist sermons in order to help fill in the blanks.

You will still be left waiting if you are hoping to hear some revivalist or Baptist call-response.

The Catholic Church doesn’t do that; they don’t sway in time to music; and maybe it’s a good thing, since we really won’t be able to handle seeing the priests swooning into one another.

Has anyone noticed that the top leadership in processions inside Vatican City and cardinal meetings are invariably white male? Maybe it’s not only because they are more intelligent, but because they keep dark dirty secrets and uphold the so-called establishment better.

Anyone who has visited Europe will notice that nearby a few of the most official cathedrals are harlots hanging around. The vow of chastity seems to be a vow of denial on sexuality. Any vetting of the johns, the perverts, the transgenders, or pedophiles are met with the holier-than-thou looks. A Church founded on denialism easily converts into scenes of extortion, corruption, hypocrisy, affiliations with crime families, double standards, manipulation and control.

The famous poet Dante Alighieri noted the numbers of papal criminals found in the lower circles of hell in his famous “Inferno” of the Divine Comedy. He won such infamy that when he died, he was still in exile from Florence and his fame as a poet has been mostly posthumous.

Even if the conspiracy theories are only partly true, the fact remains that too much of the Church operates in the dark. With the number of pedophile scandals, the Church ought to be hanging it’s head in shame, publishing lists of offenders, offering open apologies, defrocking the culprits, and cooperating with authorities by putting them in prison where they belong.

Instead, the Church has persistently had the attitude of leniency and offering sums of settlement hush-money. They forgive their priests as if they were banksters, too important to not bail out. Their views on sexuality are all mixed up, beginning with their treatment of nuns. Whereas many ministries now allow women to share the pulpit, the Church continues to hide them away. It is as if they are ashamed of themselves, ashamed of women, and yet cannot ignore allures of sex.

Some of the conspiracy theories focus on the paganism embedded in the Church, even in their architecture and decor. In fact, an Asian always wonders if the decor reflects Western cultural historical roots or a display of power (including pagan symbols). The theory that the Church offers a side-door for its Satanic practitioners and other political actors/actresses is indeed worth deliberation because we live in an age of highly educated self-informed thinkers. We wonder why centuries later, the clerics still wear strange hats, long dresses, and worship crucifixes.

The Church being a sovereign territory of its own, per the Jesuit creed, it may already be in cahoots with the American government and it’s spies wanting to control media agency more than ever, in hoping to monitor, in helping stamp out independent thinking.

This cynicism is founded in the Church’s long history of corruption and persecution of innocent people, from the Crusades to the Inquisition, from excommunications to offering sanctuary to criminals. Even today, it’s holdings include heavy investments with fossil fuel companies, financial land speculators, and neocolonial affiliates. Money laundering is also an issue.

Unless the Church really considers divesting from fossil fuels and reinvesting in communal banks, diversifying it’s leadership with significantly more minorities and women, offering a path for married priests, burning its unclean objects, and publishing lists of criminals, it will remain nothing more than an antiquated, treasure-encrusted shell offering more than it can deliver.