Update: All Ukrainians to be ready for evacuation 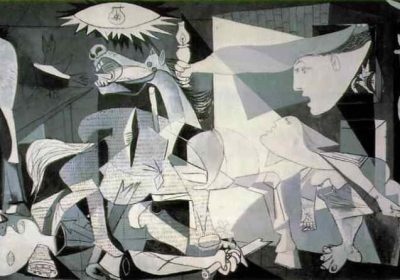 According to alternative news sources, over 50% of Ukraine lacks electricity right now due to intermittent attacks by the Russians against the energy grid. The attacks include select power plants, takeover of nuclear power plants by Russian forces, on energy conveyance systems such as gas pipelines, and on roads and bridges leading to maintenance facilities. The Ukrainian forces have also been complicit in their clumsy attempts either to intercept targeted missiles or to cut off the Russian army advancements.

In short, the war is taking an increasingly ugly turn, as described in interviews with Colonel Douglas Macgregor, a former senior advisor under former President Donald Trump.

What remains of Ukraine’s energy system is subject to outages, so that people can only use power for certain hours. With overly high demand and new surges in the power lines that remain, this is also creating its own energy headache as engineers and utility workers must scramble to determine what is fixable and where. The danger of accidental fires at the nuclear power plants, if they are operating, is quite severe. Any accidental missile attack, such as happened in Poland last week, can create a new Chernobyl, an overheated or unstable reactor. The nuclear reactors need a constant energy source and a steady water supply, yet the state diplomacy has so fallen apart that nobody is seriously addressing this.

While major facilities such as airports, hospitals, transportation hubs are still prioritized for first-responders, ordinary Ukrainians have descended into the abysmal past such as during the days of the Soviet Union when there were shortages in food, essential supplies, and whatnot. Add to this the public health risks factored in when water treatment plants are malfunctioning or water delivery is cutoff, and it is easy to see why Ukraine’s President and officials want to absolve themselves of any responsibility for the Ukrainians suffering by encouraging them to evacuate the country for safer places in the West.

The Russians are hardly apologetic at this point in their merciless drive to bring Ukraine down; according to recent reports the Russians are using the strategy of attacking the military supply lines, meaning to starve the Ukrainians of its essentials. The tactic of the winter hardening of the ground will also allow a relentless drive forward by their soldiers who will no longer need to rely on any road system, but can cross over farmland, frozen river, formerly impassable hills, etc. With up to seven hundred thousand soldiers and volunteers amassing, according to experts, the Russian army will present a monolithic and formidable force compared with the reliance by the West on multinationals and mercenaries.

What has made the Russians adamant is the lack of any kind of authentic state diplomacy being offered by the West. Ever since his election, Ukrainian President Zelensky himself has repeatedly been rewarded by the West for rejecting pathways to brokering peace agreements. Just recently he reiterated once again that no matter what, Ukraine will defend itself until all its land is returned, including Crimea—basically an open invitation for more war. His newest assertion came on Thanksgiving holiday when most Americans are preoccupied with celebrating their homecoming with relatives and preparing for the big shopping bonanzas of Black Friday and Cyber Monday.

At a time when American grocery stores are abounding with food flowing plentifully and at lower prices, Americans can hardly imagine any kind of suffering taking place east of the Atlantic Ocean. A great many Americans have never traveled to Europe, and it is as far away as the moon figuratively speaking. When President Biden tells the press, such as when he was licking an ice-cream cone, about any concerns about suffering overseas, that Americans should just focus on having a strong U.S. economy, the press is dutifully attentive. And at a time when there are so many football games to watch, basketball in mid-season, and ice-hockey wrapping up, no normal male should have anything on his mind except sports, sex, and hip-hop month.

One thing to become aware is that behind the repugnant implacability of the world and its leaders are the Babylonian-captured shadows governing in the wings. The seemingly benign United Nations has for its sacred spiritual foundation the Lucis Trust, whose original name was “Lucifer Trust.” While purportedly pandering to the New Age, Eastern, Christian, and Moslem religions, the Lucis Trust interweaves pagan elements, in effect, sullying each essence. Here is future Tower of Babel, combining the essence of spiritual faiths into one “universal unitarian” religion. Does it offend the Law of Nature? Imagine a ziggurrat built upon foundation of compacted trash and dung, and this is exactly what such humanism symbolizes within its hollows. The shining City on the Hill, wreaking of scatological leachate, will always betray the maleficent intentions of its world servers.

Today’s globalists handle the media as if on puppet strings, since Google, Facebook, Yahoo, and mass media are beholden to the billionaire class. The West has no memory of conflicts of interests behind 2014 Maidan. Only alternative media pundits speaking out on the aftermath have helped to educate an otherwise uninspired public. Otherwise, no one cares that by December, tens of millions of Ukrainians must be prepared to travel to elsewhere, since President Zelensky refuses to be held responsible for their lives any longer.

Just like Mary and Joseph in the Bible and masses of wandering Jews in the dead of winter forced to travel, the complete lack of preparation of the West for such a mass influx of migrants from nearby Ukraine during the holiday season is telling. As The Duran reports, the current political class is much more obsessed about the price of imported liquid natural gas (LNG) and obtaining petroleum replacements than the plight of their peoples. Christmas should not be about consumer spending when Europeans are so oblivious about what should be obvious and logical: ending the war immediately through a ceasefire and conducting peace talks in good faith.