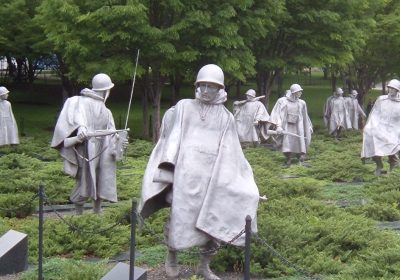 US President Donald Trump’s threat to unleash “fire and fury like the world has never seen” against the impoverished and oppressed nation of North Korea has sent shockwaves of dread and anxiety around the world. -WSWS.org

Since 1945 with the detonation of the first U.S. nuclear bombs that quickly brought Japan to surrender, nations have questioned the deadly use of nuclear weapons (NW). August 6, 2017 is the 72nd year reminder of the horrors unleashed by nuclear bombs. Hibakusha Japanese survivors and victims group figured prominently in the U.N. Disarmament (UNODA) nuclear weapons ban conferences in March and June 2017. The outcome is the adoption of the Treaty on the Prohibition of Nuclear Weapons (PTNW) on July 7, 2017 hailed as a milestone achievement.

The U.N. Disarmament Commission published the proceedings and details on the this year’s Conference on Disarmament in July 2017. The March conference enabled the establishment of the draft, including for the Preamble. During the June conference, the final shape of the Treaty, including purposes and desired outcomes were negotiated under the Articles. Out of 124 nations present, 122 voted to adopt the multilateral Treaty on the Prohibition of Nuclear Weapons. Only Netherlands voted against it, while Singapore voted abstention.

According to the UN News Centre:

The treaty will be open for signature to all States at UN Headquarters in New York on 20 September 2017, and enter into force 90 days after it has been ratified by at least 50 countries.

Following the July 7, 2017 vote, many of the delegates offered further comments and explanations on their vote.

Speaking for the Arab group, Lebanon recognized the PTNW as a historic moment and that Arab countries have long supported nuclear disarmament, and would support the creation of a nuclear weapons free zone in the Middle East.

South Africa reminded the world of Nobel, Sydney, and Gandhi-Peace Prize awarded Bishop Desmond Tutu, religious leader and global peace-lecturer, who believes “opposing nuclear war is not an option but a duty to our nation’s citizens, and to the world as a whole.”

Many nations commented how important it was to build bridges of inclusion for those nations not present to try to convince them to join the Treaty.

Disappointingly, almost all nuclear-weapons states and their allies including the United States, Russia, and North Korea (DPRK) did not join in the talks.

In a joint press statement, the United States, United Kingdom, and France stated their clear antipathy against such Treaty. Additionally, they explicitly defend the policy of nuclear deterrence as vital to peace-keeping.

This is unsurprising for while President Obama’s attendance at the 70th Hiroshima commemoration signified a recognition on the catastrophe of nuclear war, the U.S. foreign policy continues to be one of expansionism occasioned with raw aggression. One hallmark of the Asian Pivot is the steady buildup of Asia-located U.S. military bases, including an increasingly confrontational naval presence in the Eastern Pacific and Indian Oceans.

Many delegates voiced their perspective that with nearly 16,000 nuclear warheads in the world today, and billions spent in developmental technology, this is ample enough evidence that a foreign policy of mutually assured destruction (M.A.D.) is wasteful and inefficient. This is contextualized this with regard to the indiscriminate and unforeseen effects accompanying wholesale destruction of atmospheric and earthly life.

For instance, the delegate from Cuba noted that on 12 October 1979, President Fidel Castro stated:

There is no longer an illusion that nuclear weapons can solve the world’s problems; we cannot use bombs to overcome hunger…

Costa Rica noted that a foreign defense can exist without weapons, and that “human development and sustainability must assume precedence.”

Many countries noted that nuclear weapons go against the survival instinct of our species, that it is time to end the culture of death and destruction, and that the PTNW is a milestone achievement. The fruit of decades of negotiation and hard work can be used to promote better trust and hope around the world was a theme expressed by many.

Argentina did express regret that Article 1 banning the transit of nuclear weapons was not more explicit. The delegate did note that the PTNW does strengthen the three nonproliferation pillars described in the Treaty on the Non-Proliferation of Nuclear Weapons. However Switzerland clearly expressed reservations claiming that the PTNW may complicate rather than complement and strengthen existing nuclear disarmament and nuclear test ban treaties.

The Marshall islands commented that to this day, their country carries the burdens of 67 nuclear tests conducted between 1946-1958 when it was categorically only a U.N. trusteeship. The islands and her people continue to suffer as victims from extensive nuclear tests.

The Philippines spoke for itself and for ASEAN countries voicing:

This Treaty provides an important pathway toward the reality of working together as a global community on our one common goal of a nuclear-weapons-free-world.

Philippines further remarks included the extraordinary role to which civil societies played in making this Treaty a reality and their consciousness-raising, invaluable contributions. The idea that the PTNW weakens existing nuclear disarmament treaties was rejected:

This treaty is the capstone of the global disarmament architecture. It strengthens the existing network of treaties and agreements already in place by reaffirming the collectively compelling logic of survival. We voted for its adoption because it is the right thing to do.

Developing nations are united in expressing concerns because they are most likely to suffer nuclear defilement from mining, oceanic testing, transporting, and dumping of nuclear wastes. The law of unintended consequences affects not only human life, but plants and animals, the ecosystem, and the risk of exposure lasting thousands of years. The extent of such concerns are encapsulated in the Preamble, even if not entirely to the satisfaction of environmental civil society organizations.

Key to the PTNW passage are the swathes of countries comprising nuclear weapons or nuclear free regions. Many countries and cities have declared themselves nuclear-weapons-free or nuclear-free zones. At the United Nations, these are represented by CELAC, cooperatives and partnerships among Latin American countries, the African Nuclear Weapon Free Zone, the Bangkok Treaty for Southeast Asian nations, and also the CANWFZ Treaty or Central Asia Nuclear Weapons Free Zone.

Most delegates conceded that much works remains to be done, particularly in reaching out to potential signatories in 71 other countries.

In fact, convincing the NATO and other nuclear stakeholders that nuclear weapons are a crime against humanity whether deployed, whether manufactured, whether used in diplomacy, or whether transported from one state to another as a tour de force will be key to assuring that nuclear weapons no longer presents an existential threat to humanity.