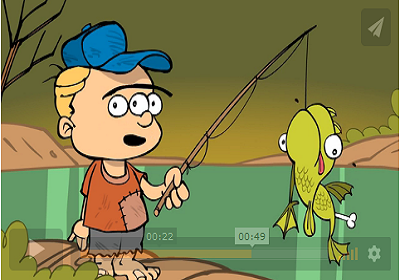 President Trump rode into office promising a new-era of deregulation and tax-cuts for big businesses. He has made good on these promises in the form of Executive Orders and Memorandums, approximately 50 of them so far. In collaboration with the Senate Majority Leader Mitch McConnell, the Republican controlled Congress has also taken full advantage of the Congressional Review Act to successfully repeal a host of recently enacted laws that were targets of the Republicans. These include new laws for savings programs, keeping a log of workplace injuries, and drug-testing by the Department of Labor. It includes revocation of the authority to conduct national instant criminal background checks on mentally-disabled persons when they buy fire-arms. And it includes the authority of the Department of Interior to protect surface waters in the vicinity of coal-mining operations.

While the validity of several Executive Orders and Presidential Memorandums are being challenged, Trump Administration Cabinet Secretaries (such as the Secretary of State, Secretary of the Interior, Secretary of Energy, Administrator of the Environmental Protection Agency, and Secretary of Labor) are doing everything they can to help deregulate “invasive” environmental and labor laws that undercut corporate profits, regardless that many of those laws were hard-won benefits for the public.

The Trump Administration already stands in stark contrast with former President Obama in its editing and rewording on webpages. For instance, the Washington Post reported that the State Department was scrubbing out the words “promoting democracy” in its draft mission statements. To date “human rights” no longer has its own website (www.humanrights.gov) because Mr. Tillerson places it in a lower bracket of U.S. foreign policy. The news media also reported widely on the fact that the President Trump rejected the Paris Climate Accord, which would recognize that climate change, global warming, and greenhouse gas emissions require sustainable, alternative energy development and reducing carbon dioxide emissions.

More importantly, the Trump Administration White House webpage touts the America First Energy mission. Gone are any attempts at “all of the above” energy strategies, because America First presumes that the fossil-fuels energy industry belongs in the drivers seat. For instance, the statement “Energy is an essential part of American life and a staple of the world economy” really seems to make sense in the context of placing fossil fuels first, and doing what it takes to secure and develop such resources wherever they exist.

In fact, on January 24, 2017 Trump made a splash by signing 5 Executive Action laws. He authorized complete construction for the Keystone Pipeline from the Canadian Tar Sands, and the Dakota Access Pipeline from the Bakken oil wells. On January 24, 2017, and again on August 15, 2017 the President signed Executive Orders 13766 and 13807 involving expediting reviews and permitting processes for infrastructure projects. Here the term “infrastructure” is not limited to public facilities but also “energy production and generation, including from fossil, renewable, nuclear, and hydro sources” private developments. In other words, Trump intends to do everything he can to support an oil boom, and revive the coal industry, while promoting profits overseas.

EcoWatch is following the chain of events that indicate how the “the president-elect plans to open up federal lands for more energy development and, according to Reuters, energy companies and industry lobbyists are already expecting a flurry of new federal drilling and mining leases with the incoming administration.” The unsettling reality of a drilling boom welcomed by Department of Interior Secretary Ryan Zinke is highlighted in a recent article in which Zinke has advised Trump to shrink national monument boundaries, presumably to enable opening them up for private development.

“Sound energy policy begins with the recognition that we have vast untapped domestic energy reserves right here in America. The Trump Administration will embrace the shale oil and gas revolution to bring jobs and prosperity to millions of Americans. We must take advantage of the estimated $50 trillion in untapped shale, oil, and natural gas reserves, especially those on federal lands that the American people own.”

Trump believes oil and gas revenues will help “rebuild our roads, schools, bridges and public infrastructure.” One wonders how it is that oil corporations, who lobby extensively to do away with the environmental costs for doing business whether damaging public roads, creating noise, emitting air or water pollution, and minimizing treatment could really be willing to pay for all that badly needed national public works reconstruction. It was the Democrats, after all, who proposed the National Public Infrastructure Bank, only to have those bills tabled. According to RealClearPolitics.com, the top five oil companies (BP, Chevron, ConocoPhillips, ExxonMobil, and Shell) receive billions in tax breaks and pay lower tax rates, while reaping huge profits. Furthermore, approximately half of all oil industry jobs are temporary employees, belying the notion that most industry jobs are lucrative.

“America must put the energy needs of American families and businesses first and continue implementing a plan that ensures energy security and economic vitality for decades to come.  The energy and minerals produced from lands and waters under Federal management are important to a vibrant economy and to our national security.  Increased domestic energy production on Federal lands and waters strengthens the Nation’s security and reduces reliance on imported energy.  Moreover, low energy prices, driven by an increased American energy supply, will benefit American families and help reinvigorate American manufacturing and job growth.”

The Republicans may sincerely believe that they are spurring domestic growth by developing offshore oil drilling in the Gulf of Mexico, in the Arctic, and South Atlantic oceans. That the profits of big oil companies will trickle down to the American public including for farmers, and that these benefits offset the austerity measures intended by making American healthcare less affordable, by reducing Food Stamp programs, and by revoking compliance with beneficial labor law practices takes a creative imagination supported by lots of hidden and not-so-hidden advertising.

It may all be a matter of conjecture, just like the plan to do away with 31% of the Environmental Protection Agency, or creating exemptions in permitting and review for high-priority America First projects. It would appear, however, that nothing must stand in the way of Trump job-creation or in expanding American access to resources abroad, never mind gag-orders on climate change. Whether or not the nation is beset by hurricanes, wildfires, climate instability, or floods, austerity and environmental and labor deregulation remain the orders of the day.

Whose America is it?

In the final analysis the critical question and public debate ought to center around who will ultimately be paying the costs of all this trickle down prosperity. Will it be the National Service Corps, whose funding is at risk? Will it be the colored peoples in low-income neighborhoods due to pollution spikes by oil refineries during the Hurricanes? Will it be the elderly and infirmed whose risk of cancer dramatically increases due to exposure to toxic carcinogenic pollutants from flooded Superfund sites? Will illness and infirmary increase simply due to ordinary unsanitary public health risks that are downplayed? There is a multiplier factor to be applied here for the number of affected states, the number of projected future events, the number of polluted ecosystems, and the exposure to the pool of emergency field workers.

Under more business as usual, the costs of the climate catastrophes, the costs of wars, the costs of national infrastructure will continue to soar and be borne by the public-at-large. This is why PriceofOil.org invites all journalists and the rest of us to start a real national conversation.

“The public discussion today – in the wake of several climate calamities around the globe, and surely ahead of even more – should go beyond what’s behind the unusual aspects of extreme weather these days. We already know the answer to that question, and it’s not controversial: Climate change is making hurricanes worse, fueling wildfires out west, and putting us all at risk. Simply reporting that fact should be the starting point for good analysis, not the goal to strive for. The discussion journalists and all of us should be driving is: What are we going to do about it?”

According to PriceofOil.org, only if we dare to break the silence will our society begin to connect all the dots which are part of the big picture, which is how a true democracy works.  A true America First policy would value future generations enough to leave more fossil fuels in the ground; it would bring to fore the true national priorities at present. A real America First will recognize that it is part of a planetary global community today, one with natural contiguous boundaries rather than artificial zones of citizenship, one with common human bonds, rather than stratified socioeconomic classes.

In short, a real America First would really strive to be a 21st century citizen-owned nation, rather than merely another (inverted) totalitarian democracy.