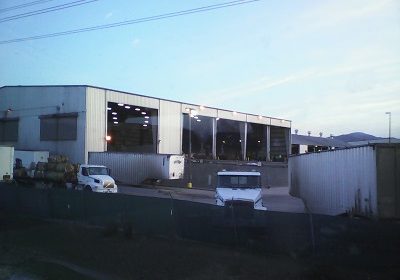 A universal basic income (UBI) plan is proposed by the City of Stockton in California. It is the brainchild of Michael Tubbs, the first African-American mayor ever elected, and also its youngest.

Universal Basic Income, also called Guaranteed Basic Income, is generally designed to offset the widening gap between cost of living and money earned by the poor. The Bay Area Y-Combinator Research Project (another UBI incubator project) defines it as:

Basic income is an unconditional cash transfer guaranteed to all individuals—there are no work requirements, means tests, or restrictions on how the money can be spent. Everyone receives the income individually, in an amount sufficient to cover basic needs.

According to the City of Stockton mayor’s office, Mayor Tubbs vision includes plans to:

[R]einvent Stockton into a community of opportunity for everyone by focusing on violent crime, economic development, collective impact strategies, and partnering with school districts to improve education.

His plan is ambitious because the city has become a wayside thoroughfare for the homeless who live alongside the railroad in abandoned buildings and hang out along the river. I know about this because last year our Amtrak train was delayed for three hours after a homeless person was killed crossing the tracks.

There was a sad question that Valentine’s Day no one would answer: was it a suicide?

The number of homeless persons in Stockton exploded after the 2008 financial crisis. So many people lost their jobs and their homes that the city had to file for bankruptcy protection. Even today, more than 1 in 4 city residents are living below the poverty line.

As a person of Chinese descent, I also cannot help wondering how many homeless people are Asians; after all, the roots for the earliest arrival of Asian people to California date back to the 1850s.

Was it possible that the person who committed suicide was an Asian homeless person at the bitter end?

Mayor Tubbs is working on his economic revamping of Stockton, ensuring that it emerges safely from bankruptcy. One of the mayor’s linchpin promises includes developing universal basic income (UBI) project to help the poor. Another is his announcement of a $20 million scholarship fund so that high school graduates can pursue a 4-year college degree. Still another involves employing youth in public safety programs.

Overnight, Tubbs became a media sensation as a defender of poor people in his community:

They’re written off; they don’t have money because there is something wrong with them, and I want to demonstrate that when given the opportunity that people especially the people of Stockton will make good choices and the right choices for themselves and their families, Mayor Stubbs told CBS13.

The city is starting an experimental program called the Stockton Economic Empowerment Demonstration (SEED), which pays $500 a month to selected low-income residents. SEED in turn is funded in partnership with the Economic Security Project.

Never mind that the money may be gifted from oil and gas explorations, or that Silicon Valley itself has become somewhat inseparable with the boom-and-bust cycle of Wall Street.

Alaska has this permanent dividend fund that’s been around for a generation where just for being an Alaskan citizen, as being part of that social contract, you’re given a check every year.

Already Facebook executive Chris Hughes has personally donated $1 million dollars to the Project. According to Natalie Foster, Co-chair of the Economic Security Project writing at Medium.com:

After hearing from families struggling in places like Ohio, Alaska, and California, we came to understand the urgency to find solutions now. We believe the evidence from existing cash assistance programs shows conclusively that most people know best what they need. We know that this is a policy intervention that can make a meaningful difference in people’s lives, and we should give them a chance to pursue their dreams…

While the government and academic institutions perspective tends to remain inconclusive by design, many ordinary working poor tend to feel that the time is ripe.

By June 2018, selection criterion for individuals and families to participate should be finished. By the end of this year, selected Stockton City residents will begin receiving $500 dollars of basic income every month for the duration of a year to 18 months.