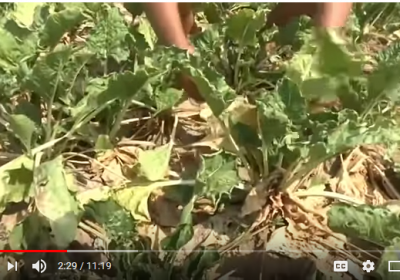 The California wildfires’ intense heat and prolonged burning ought to draw the attention of U.S. politicians particularly at a time when there are new global records being set around the world in high temperatures, abnormal number of fires, and rapidly spreading burns.

However over the past few weeks as wildfires have raged across California, the Trump Administration as well as Congress seem to be unaware or deliberately downplaying the devastating impacts on wildlife, natural resources, the unwonted human and financial expenditures, and losses in life.

While mainstream media outlets are reporting on the number of wildfires, their size, and some of the casualties, the connections with a larger picture is missing from their analysis. That larger impact is, of course, global warming, climate change, and the necessary public dialogue needed to forestall crises. Since Trump has taken office, global warming and climate change have even effectively become banned words, with government workers and IT contractors meekly following suit.

Learn more about how Earth is becoming a hothouse, visit https://youtu.be/ZOKK8ZHKDzY

To be sure there has been some corporate-sounding platitudes offered by this president, along with announcements of Federal assistance. However, also typical of President Donald Trump, he threw in the necessary spin to blame California for its problems due to flawed environmental policies by taking to Twitter.

Keeping segments of the population divided, such as between farmers and environmentalists, distracts from the true issues at hand. That is that despite access, there is a measurable diminishing quantity of accessible water supply due to extended drought, a drought that has already killed hundreds of millions of trees.

Corporations and their figureheads typically see little value in keeping public water clean or drinkable. The profit margin in hydraulic fracturing (which requires millions of gallons of water per well) for natural gas or petroleum takes precedence because our currency value is so closely connected with it.

Even the Environmental Protection Agency, with its increasingly lax standards, however, eventually concluded that fracking is a threat to U.S. water supplies. According to Global Justice Ecology Project:

Persistent water and air pollution is posing a very real health threat for all California residents but particularly for residents in the vast Central Valley stretching from Redding, California to south of Bakersfield. The pollution threat is multiplied due to tendencies for inversion layers in the San Joaquin Valley, smog from vehicles, heavy use of herbicides, and biomass power plants.

Yet as in Octavia E. Butler’s 2020s dystopian California novel Parable of the Sower, the President and his Cabinet are oblivious of relating social collapse to poor environmental stewardship. Their disconnection from the working poor and bottom fifty percent whose “pre-tax share of national income has fallen from 20 percent in 1980 to 12 percent in 2014” is obvious from mistaken priorities.

Despite a growing class divide visible to anyone who cares to mingle with the public, there is overwhelming bipartisan support for the John S. McCain National Defense Authorization Act for Fiscal Year 2019. Named after the Republican Senator from Arizona, the $717 billion dollar military spending proposal passed the House on a roll-call vote of 359 to 54 on July 26th. Designed to push back against adversaries and step up NATO forces and expand air base systems, it was approved by the US Senate on August 1st by a vote of 87 to 10. Even pared down to $708 billion dollars, the authorization is “the largest in dollar terms since 2010, the last year of full-scale military operations in both Iraq and Afghanistan.”

Further proof of the disconnect between officials and the public is evident from the repeated coverage given last night on the announcement of a new Space Force as the sixth branch of the U.S. military. President Trump signed the Space Policy directive following other presidential space initiatives circulated in the past week for more missions to the International Space Station, return missions to the moon as well as preparing for the mission to Mars.

According to the Whitehouse.gov briefing by President Trump:

Space is also invaluable to American private industry, which is developing revolutionary technologies that will utilize space for exploration, resource extraction, and tourism.

Securing the domain, winning in the competition to dominate space resources, and defending against an array of other threats is also the theme of a special briefing by U.S. Vice President Mike Pence and Defense Secretary Jim Mattis at the Pentagon. While it is true that this will help with research and development, its real intent might be to bolster the stock market, which again prioritizes corporations far above ecological limitations and voters’ needs and concerns.

Whether or not more mundane civil projects, such as repairing and upgrading aging water treatment plants, replacing rusting bridges, and investing American ingenuity in renovating structures for maximized energy efficiency will be on the political radar anytime soon is highly questionable. For while the NDAA 2019 received very little evening television coverage, it is certain that debate on the funding bill for the 2019 fiscal year will be, as usual, exhaustive and fraught with controversy as the GOP presses for increasing austerity or privatization or restructuring of nonmilitary Departments.

The reality of people losing their homes, their livelihoods, and having very little to fall back on appears as irrelevant as the other wildfire catastrophes taking place around the world.