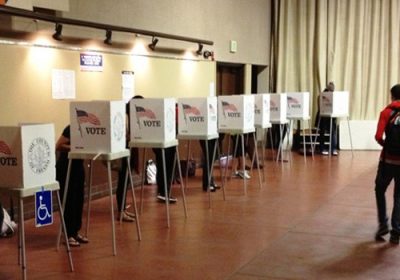 For young Asian-Americans the Yang 2020 movement may be something to look forward to. Andrew Yang seems to be promising a lot: a minimum wage of $1000 per month as a free stipend, no strings attached. However as AGN‘s investigations into Universal Basic Income (UBI) bear out, UBI is a pipedream at this point. There are more immediate concerns. Will citizens be able to keep their Affordable Healthcare Plan affordable? What of plans to privatize away public education, public transportation, and public works projects? For disabled people discrimination is once again on the rise. Trump’s election is allowing a culture of intolerance and indifference to flourish.

If there is one truth shared by ex-President Obama on the 2018 election it is, “Yes, you better vote, even if you don’t want to.” The options have never been starker.  All kinds of federally funded programs, from college work-study to grants, Medicaid, and even basic programs such as SNAP Food Stamps are at risk.

Ex-President Obama speaking at the University of Illinois on September 7, 2018:

The consequences of any of us sitting on the sidelines are more dire…This whole project of self-government only works if everybody’s doing their part…And if you thought elections don’t matter, I hope these last two years have corrected that impression.

The former President is not referring to a new breed of Republicans who support large tax cuts that help the wealthy keep growing wealthier, but to the massive unending attacks on the social safety net unleashed and introduced in bill after bill by Republicans. Their hope is to critically weaken domestic social services and national infrastructure in order to enact cost-saving measures that compensate for defense spending increases.

Too few Americans are aware that last year, that White House staff Ivanka Trump and her husband earned over $82 million dollars in outside income; or that President Donald Trump’s travel reimbursements have netted him over $72 million not including additional logistics and support costs. The policies of the Trump administration appear to unabashedly embrace more than a little profiting from changes in the tax code, from increases in club memberships, to possible insider-opportunities betting on neglected federal urban housing projects.

It is to keep the public distracted that Trump stirs up divisiveness. With the help of a compliant media, more people know about the #MeToo sex scandals and Russia-gate than the swollen military budget. According to The Balance, this year’s distended components amount to an estimated $892 billion dollars. However under the sequestration mandate passed in 2011, the differences in the growing deficit must be compensated for.

Bread-and-circus acts by both Republicans and Democrats include partisanship and displays of goodwill that help lull the public to sleep at a time when everyone, especially the lower-middle class, should be vigilant. Obama referred to Nazi-style objectification in his speech.  Hate rhetoric and partisan tension is alienating young voters.  He admonishes against cynicism and hopelessness:

Making democracy work means holding on to our principles, having clarity about our principles…it also means appreciating that progress does not happen all at once…if you’re willing to fight for it, things do get better. And let me tell you something, particularly young people here. Better is good.

Obama’s premise is simple. If you don’t vote Democratic, the Republicans will keep the House, and even make gains in the House and the Senate. According to the Center on Budget and Policy Priorities, the national budget plan of 2019 is a compromise with the Democrats that increased military spending will not be matched by significant cuts in domestic spending programs at home. But next year, for fiscal year 2020, mandatory sequestration resumes and huge austerity cuts are planned to make up for years of postponement.

It cannot be overemphasized how critical to survival benefits are for lower income Americans. Many cannot compete in the cut-throat 21st job-market, which has already made uncommonly challenging finding decent full-time work for graduates. If the poor are told to quietly die would that be nothing less than murder?

Better as a compromise from perfect

By “better but not perfect” the former President commends the art of negotiation so that everyone wins. For instance, the GOP wants to cut funding for programs such as Americorps, a civilian training program geared for college graduates. Democratic Progressives advocate expanding national service programs. Both Senator Bernie Sanders and 2016 Democratic Presidential nominee Hillary Clinton supported making America the world’s clean energy superpower by creating millions of good-paying jobs such as investing in more clean energy workforce development programs.

If we vote, National Service Programs may not expand, but it just might save Americorps.

There are already signs that the Republicans, and especially President Trump, wants to renege on the 2019 budget compromise. For instance, over the past summer, Kentuckians have been protesting state cuts to Medicaid spending. Under the Obama plan, states were encouraged to sign on to Medicaid with federal support, however, the State of Kentucky waffled. Through executive order, Trump is mandating states to enact minimum work requirements for receiving Medicaid. According to Vox.com so far this includes Arkansas, Indiana, Kentucky, and New Hampshire, with Arizona, Kansas, Maine, Mississippi, Ohio, Utah, and Wisconsin also drawing up plans to meet the Trump’s April 10, 2018 Executive Order, “Reducing Poverty in America by Promoting Opportunity and Economic Mobility.”

In contrast, the Democrats believe it’s better to allow patients to decide when and how much they can work, while giving them the support and tools they need to find work, especially if they are unhealthy to begin with. However the G.O.P.’s underlying intention is to do away with Medicaid. Neoconservatives want to end Medicaid expansion and do away with nationalized health care standards, under the pretext it will save a lot of money.

Another hidden big issue at stake is the steady push towards privatization by the G.O.P. and neoliberals. It is an open secret that the Department of Education is looking to increase the number of private charter schools nationwide. Despite exposes, such as by the Washington Post, on for-profit charter school scandals, corruption, and inadequate oversight, the Christian Bible school ideal is favored by Education Secretary Betsy Devos for instilling morals, if not open-minded character or clear thinking skills.

There is more to the privatization programs than meets the eye. On the surface, privatization is portrayed as a way to trim down government agencies, red-tape, and spending programs, but the results can be quite the opposite as contractors may charge the government up to 2.5 times standard in-house operations. More importantly, the agenda runs deeper than chasing after efficiency and restructuring of departments.

Inter-agency mergers and private outsourcing can considerably muddy the waters allowing graft, lack of accountability, and illicit transfers and closure of accounts to suddenly take place. Egregious examples occur at the Pentagon which relies on military exemptions and privilege to remain “too big to audit.” According to sources such as The Rutherford Institute, and The Nation, the government lost more than $160 billion to waste and fraud by the military and defense contractors over the past sixteen years, and this is just from what has been uncovered. Excess payments have occurred to Afghan warlords, Blackwater special commandos, construction companies, and equipment boondoggles.

More worryingly the phenomena is spreading to information-management and technology consulting, with private security contractors and analysts occupying an unknown space in the $52.6 billion dollar “Black Budget” through which over a dozen agencies that make up the National Intelligence Program are paid. Top secret projects in research, intelligence operations, counterintelligence, data collection, metadata analysis, design, support, and facilities management are part of black-operations. Of the official 107,035 employees in the intelligence community, over 20%, that is 21,800 people, are full-time contractors. (That doesn’t include additional workers hired through agency projects or contracts).

Black-operations programs including facial recognition systems, collection of meta-data, sting-ray tracking, drone and robot deployment, and data-sharing are being used on Americans whether or not they approve. Since these are considered high-tech ventures, contractors are also accorded a high social rank comparable to bodyguards.

Tens of thousands of information technology employees are flooding metropolitan areas hoping to do business with the government and big-corporate contractors such as Booz-Allen-Hamilton, Microsoft, Amazon.com, and Facebook. These employees are not only changing the culture and voting base of cities, but also how business is conducted. (Bear in mind that the sums are greater than what is spent on education in the United States).

The Rutherford Institute uses the metaphor of an “electronic concentration camp” to describe the incursions into citizens’ privacy:

The NSA is merely one small part of a shadowy permanent government comprised of unelected bureaucrats who march in lockstep with profit-driven corporations that actually runs Washington, DC, and works to keep us under surveillance and, thus, under control. For example, Google openly works with the NSA, Amazon has build a massive $600 million intelligence database for the CIA, and the telecommunications industry is making a fat profit by spying on us for the government.

The nexus of an elitist minded private technocracy working in government partnerships awakens alarm in grassroots watchdog groups who will inevitably be shut-out from the information loop, itself become privatized. These sentiments are expressed by WSWS.org which has repeatedly raised concerns over censorship and manipulation of information:

The open secret of Silicon Valley’s collaboration with the Pentagon is that the wars to be fought with the help of artificial intelligence will not take place only beyond America’s borders—they will also include class and civil wars.

Under President Trump, whose Cabinet consists of retired military brass, military and defense spending by all branches will continue to increase at the public’s expense, something that has even has former-President Obama worried. Some estimates are that Trump’s 2019 Black Budget funding request is as high as $81.1 billion dollars.

The antidote to halting more reactionary changes must be to vote, and vote Democratic even if you aren’t crazy about the Democrats. You can also take part in local grassroots activism for a trickle-up approach to government reform by implementing changes at the local level, something which third-parties, such as the Green Party, and the Socialist Equality Party, have had some limited success.

Finally you can also consider becoming a volunteer with Organizing for Action, the grassroots progressive network started by former Obama aides.