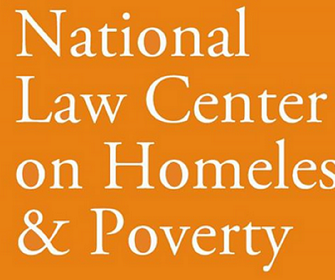 The annual McKinney-Vento Awards Ceremony showcases some of the nation’s most distinguished advocates, leaders who are taking a stand against the injustice of homelessness and poverty in America. It is also a major fundraising event for the National Law Center on Homelessness and Poverty (NLCHP) founded in 1989. This year’s McKinney-Vento Awards ceremony was held on October 24th 2017 at the Liaison Hotel in Washington, D.C.

The National Law Center on Homelessness and Poverty was founded by lawyer Maria Foscarinis, who left a high-powered career in New York City to begin providing pro bono services for homeless families. Recognizing the need for defending and protecting the benefits promised under the McKinney-Vento Act of 1987, Foscarinis founded the National Law Center in Washington, D.C. Today they remain ever vigilant, going to court and successfully advocating for new protections.

At the ceremony, Maria Foscarinis mentioned the positive impact which the McKinney-Vento Act made in the lives of countless homeless children, victims of domestic violence, and homeless individuals. However she also described her concern on the increasing attempts by local and state governments to criminalize the homeless, something which further reduces homeless people’s working and housing eligibility.

“Over 600 organizations and individuals have endorsed our campaign. You can too,” Foscarinis enthusiastically shared with the crowd of attendees and gift donors.

Sue Vento, the wife of late Congressman Bruce F. Vento, one of the authors of the McKinney-Vento Act, stated she wanted to honor her late husband, Bruce, and the late Senator Paul Wellstone family. Vento made her remarks before presenting the 2017 Bruce F. Vento Award to the Honorable Cory Booker, U.S. Senator (D-NJ):

“As an educator, I was stunned to see housing insecurity among students and the negative effects,” she confessed.

The McKinney-Vento Awards was created by the Law Center to pay tribute to Congressman Stewart B. McKinney, who sponsored the bill, and Congressman Bruce F. Vento who authored it. The McKinney-Vento Act was the first of its kind providing comprehensive federal assistance for the variety of homeless victims. Signed into law in 1987, the bill supports programs offering a continuum of care and establishes the Interagency Council on Homelessness.

“So many families are working full time, struggling, playing by rules, yet still at risk of homelessness. Too many people in America see homelessness not as a fiscal problem but a moral problem and that is a disgusting attitude to me, especially living in the community that I do.”—U.S. Senator Cory Booker

Booker, an incumbent U.S. Senator representing the state of New Jersey, vows to continue the fight to defend every American’s right to economic security, access to healthcare, and a stable, safe, decent home.

The winner of the 2017 Stewart B. McKinney Award is Vernon Davis of the National Football League’s Washington Redskins. A native Washingtonian, Vernon Davis also had stories to share particularly with regard to empathy for the homeless.

“I remember what my grandmother used to tell me. I remember her words, ‘They’re God’s angels.’ Since then, I did the battle.”–Vernon Davis, Washington Redskins

Vernon Davis has lived up to his words by giving back in ways which inspire people here locally, such as spearheading fundraising events to help the homeless, kicking off Vernon’s Closet for receiving donated goods, and establishing the Vernon Davis Foundation for the Arts.

The 2017 Personal Achievement Award is given to Juanita Rocha a single homeless mother of five who gave up her job at Walmart to care for her father who was critically ill. In addition to trying to support her family, she wanted her son Raul to stay enrolled at his middle-school. Ms. Rocha reached out to the National Law Center and worked with attorney Israel Reyna of the Texas Rio Grande Legal Aid to ensure her son was protected by the Education for Homeless Children and Youth Program under the McKinney-Vento Homeless Assistance Act. Furthermore, she successfully convinced the Laredo School District to improve the equal opportunity in education for all homeless students in Laredo.

National Law Center attorney Michael Santos mentions “even though this law has been in law since 1987, many school districts remain uninformed about the law, and forcing a school district to comply with the law can be very, very, very challenging.”

However in Washington, D.C. the unique demographics indicate a high percentage of single homeless individuals, complicating the protections extended to domestic abuse victim, evicted families, and older populations. For instance, the Interagency Council on Homelessness (ICH) lately estimates that at any point in time there are approximately 4750 households in shelter, transitional housing, or on the streets, and between 40,000-60,000 households have worst-case type housing needs.

The hour-long video of the event is located at YouTube.com. Visit https://youtu.be/wpB4aKAJbnk.