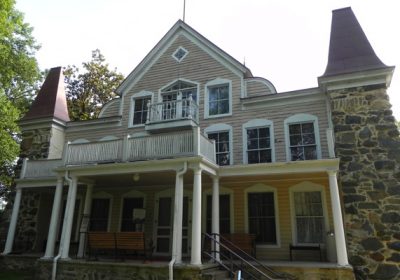 January 2017 marks the centennial of the International Committee of the Red Cross (ICRC)’s Nobel Peace Prize for its prisoner-of-war program during World War I. Far from being a torture program such as at Guantanamo Bay, the ICRC was nominated by French professor Louis Renault for its provisions of humanitarian relief to soldiers, including food, medicine, treatment, and communications.

According to History.com, through the ICRC International Prisoner-of-War Agency:

Hundreds of Red Cross volunteers worked in Geneva and in the field during the war, directing inquiries to military commandants and hospital officials alike in order to find information about prisoners and the wounded and sending more than 800,000 communiques to soldiers families by June 1917.

While the ICRC is based in Geneva, Switzerland, the American Red Cross was founded in 1881 by nurse-teacher Clara Barton, whose tireless work as a nursing-administrator during the Civil War between 1861 to 1865 won her international acclaim.

A courageous soul, Clarissa H. Barton was inspired to minister in war-zones in order to nurse, comfort, and cook for the incapacitated. She solicited, organized, and transported clothing and supplies at a time when government and nonprofit relief agencies were nonexistent. Her persistent yet genteel lobbying efforts won her permission to bring medical and food supplies right to the scenes of battle. Rather than going down in history as a nurse, however, historian Susan Rosenvold discloses that Clara Barton really preferred the title of “Humanitarian Relief Worker”– sort of like what 100 million ICRC volunteers around the world do today. Known as the “Angel of the Battlefield” Barton and her associates provided assistance to field doctors and medical units wherever needed. Soon after the war was over, she established the Office of Correspondence, coordinating communications and helping to locate and unite missing men with loved ones. Eventually Congress realized that the task deserved the financial support of the Army and the Missing Soldiers Office was founded. Ms. Barton’s travels in Europe exposed her to the ICRC only five years after it was founded in 1864. Between 1869 to 1877, Barton volunteered with the ICRC in aiding the sick and wounded in the Franco-Prussian War. After petitioning Presidents Rutherford Hayes, then James Garfield, and finally Chester Arthur, the Geneva Treaty ratifying the ICRC and American Red Cross was finally signed in 1882. Most of the time up till her passing in 1912, Clara Barton devoted her days at the American Red Cross Headquarters at Glen Echo, Maryland.

Although up for periodic renewal, the American Red Cross continuously expanded its charter. After 1890 it grew to include disaster relief, financial relief, first aid training, aid in natural disaster, and humanitarian advocacy. Recently the ICRC is working with game developers to include humanitarian rules in realistic present-day video war-games.

In a press release on exploring humanitarian responsibility in war-games, the ICRC states:

The ICRC is concerned about scenarios that, for instance, depict the use of torture, particularly in interrogation, deliberate attacks on civilians, the killing of prisoners or the wounded, attacks on medical personnel, facilities, and transport such as ambulances, or that anyone on the battlefield can be killed.

Essentially the ICRC advocates increasing the role which humanitarian law (Geneva Convention or U.N. Declaration of Human Rights) can play in video game simulations. No formal action or resolution has been taken on the extent to which habitual video games can desensitize young people, however, it is a viable concern in the increased recruitment for military drone development and deployment of drones in combat missions.

Today the International Committee of the Red Cross sponsors peace education worldwide. “The Peace Doves” and “Prisoners of War” are games recognized by the Nobel Peace Prize Committee. These two educational learning games help young people understand the dangers of nuclear war and the Geneva Convention, treaties advocating humanitarian action. To play, all you need is Adobe Flash Player with ActiveX filter turned off. Visit http://tinyurl.com/jxul2vg.

Photo of Clara Barton House at Glen Echo Park National Historic Site by National Park Service, after the original front of the home ca. 1891-1897 was renovated.