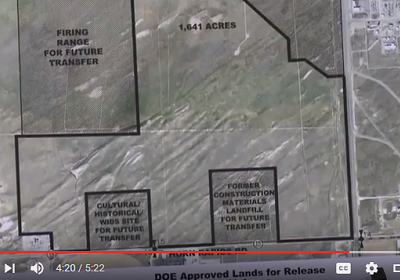 Hanford nuclear reservation is a barren 586 square mile site nesting against southwest reaches of the mighty Columbia River. It was founded in 1942 as part of the Manhattan Project, the project to build the world’s first nuclear bomb. The site was ideal because of its isolation, unlimited water supply, and dry desert-like climate allowing for quick, easy construction developments.

Today it represents a legacy of science gone mad, and a site dogged by waste and fraud.

Originally, the river and her tributaries, such as Yakima River, incorporated precious salmon runs and a variety of wildlife for the native hunting grounds for the Yakima, Wanapum, and Umatilla Indian tribes. Hanford was originally a small town with some 1500 people. However, after government takeover, the project grew to include not only radiological testing and experimental research but nine nuclear reactors and associated fuel enrichment facilities.

Over the decades, the extent of radiological and toxic wastes has proven extremely problematic for disposal and treatment. Every year, Washington State’s coffers are enriched by $700 million dollars or more to be spent by the Department of Energy in cleanup operations, energy research, operations and maintenance contracts, waste treatment design-build, and other contracts.

Nevertheless, despite technical innovations and complex studies, radiological wastes are a source of scandals and raise skepticism over the effectiveness in administration, prioritization, and transparency of cleanup efforts. The energy return on energy investment is low, yet costly in time, planning, budgeting, health, resources, treatment, storage, and disposal requirements.

Some of the most recent scandals stem from leaking second-generation huge underground storage tanks, called double-shell tanks, which were constructed in the 1970s. With an estimated design life of 40 years, these tanks were designed as interim storage pending more permanent disposal solutions. However in 2013, after an investigation by King 5 News, it was reluctantly and officially acknowledged that at least one double-shell tank, AY-102, is leaking.[1]

At least 1/3 of the 177 huge underground tanks, mostly from single-shell first-generation tanks built between 1943 and 1964, are leaking. Although liquid has been transferred from suspected leaking tanks into the newer double-shelled tanks, radioactive sludge remains at the bottom of many single-shell tanks. The sludge is so corrosive and unstable that Washington River Protection Solutions is reluctant to monitor or reveal exactly what the sludge consists of.

Moreover the heat from the sludge, a mixture of plutonium, cesium-137, strontium-90, leached in rainwater and other isotopes can not only melt the steel walls or steel reinforcement, but cause thermo-nuclear reaction and outgassing, creating even more hazards for the tank farm workers.

For these and other reasons, Hanford Site appears to be slated for increasing privatization, even while the government foots the bill on continued monitoring, treatment, and other indemnity. What goes on at Hanford has always remained somewhat secretive; this has to do with its regional defense industry networks; even today there are national and private research laboratories off-limits. The public is allowed to visit the site by signing up for official tours.

While the Department of Energy, Environmental Protection Agency, and the Washington State Department of Ecology through their Tri-Party Agreement has availed the public of more information through web portals, public information meetings, opportunities to comment on proposals, development agreements, and legislative provisions remain extremely limited.

Arguably, TRIDEC created itself as a Community Reuse Organization (CRO) primarily to use that designation by Energy to better position itself for Hanford land conveyance (transfer) under 10 CFR 770. Target area studies by TRIDEC for future proposals are generally hard to find.

The creation of the Manhattan Project National Historical Park (MPNHP) using legislative provisions built into the 2015 National Defense Authorization Act (NDAA) is a clear example of how the Department of Energy (commonly referred to as Energy) avoids public input.

Riders in the 2015 NDAA angered environmentalists and Indians because the entire bill was signed as one package by the President; he was not allowed to use line-item veto. The 2015 NDAA was flagrant in its give-aways of federal lands. Among the sweetheart deals: traditional sacred Apache lands in Arizona swapped for other lands without consent of the Indian tribes to Rio Tinto foreign mining company; and land conveyance at Hanford Site basically to TRIDEC development council and without consideration of previous Indian tribal agreements.

In both cases, the NDAA used subrosa legislative action to bypass open debate and public studies on the proposals that have involved years of private conferences, preliminary studies, alternate plans, and seeking endorsements from legislators. All of that is now boiled down to a few brief pages tucked into back of the NDAA, such as in Sections 3013, 3039, and part of Section 3081.

Now, only the Secretary of Energy may adjust the terms and conditions on the 1,641 acre land  deal. The non-negotiable clause of the land-conveyance at Hanford shirks any responsibility to the public in its wording of an expedited process for a finding of non-significance[2]:

(c) EXPEDITED NOTIFICATION TO CONGRESS.—Except as provided in subsection (d)(2), the enactment of  this section shall be construed to satisfy any notice to Congress otherwise required for the land conveyance required by this section.

The above paragraph provides that the Tri-Party agencies may essentially act in collusion by repeatedly citing the above clause as the authority for expediting review, an Environmental Assessment, and public notice, so that a Finding of No Significance Impact will result.

In fact, this is exactly what happened despite letters of dissent filed by the public.