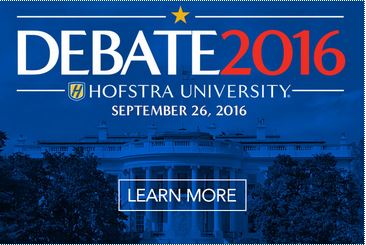 In 2000, the Commission raised the bar. Third party candidates must now:

The unconstitutionality of the CPD cannot be contested except through the Federal Election Commission (FEC) which is also effectively run by the two major parties, the Republican Party and the Democratic Party. Furthermore, since mainstream media is under no obligation to cover independent candidates, their national polling processes routinely ignore them.

It also means that Jill Stein is constitutionally eligible, mathematically able to win the electoral college, and can poll at 15% nationally if she were admitted to the debates. Independents in the past, such as Ross Perot for President, or Jesse Ventura for Minnesota Governor, benefited significantly.

However mainstream or not, Jill Stein and Ajamu Baraka are making an impact due to the vacuum left by Bernie Sanders in conceding to DNC favored nominee Hillary Clinton. Young voters want more say in how our government of the people, by the people, and for the people should be run.

“Without Dr. Stein and Mr. Baraka, many ideas expressed by Mr. Sanders, like Single-Payer health care and restoring the Glass-Steagall Act, will be censored from the debates. No movement can survive if it participates in the silencing of its own agenda,” said Bahram Zandi, co-chair of the Green Party of the United States.

Dr. Jill Stein is winning national attention in alternative news media outlets, including at RT, TruthDig, and Medium. Her interview with Ralph Nader on September 17, 2016 is posted at YouTube. She also has interviewed at Democracy Now, CNN, Fox News, Yahoo News, USA Today, and BBC.

A transcript of her interview with Ralph Nader is available by The Barefoot Accountant (http://www.cpa-connecticut.com/blog/?p=7056).