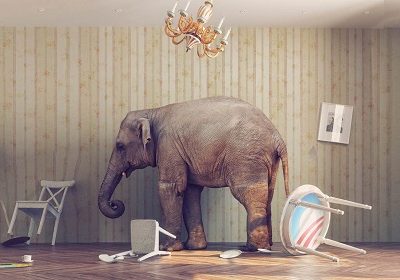 Today Senator Chuck Schumer spoke to the media about the impending analysis of the GOP health care bill, known as the American Health Care Act (AHCA, H.R. 1628). Senator Bernie Sanders stood alongside as Schumer described the bill “as taking a sledgehammer to the ACA.”

Schumer does not exaggerate. Since 2013, repeal and replace bills have been proposed by the Republicans. The Health Care Reform Act of 2013 was in many ways the precursor for AHCA, however that got stuck in committee. In contrast, AHCA H.R. 1628 was approved by the House on May 4, 2017 by a vote of 217 to 213.

The AHCA bill is now in the Senate where it will be debated. The Congressional Budget Office is providing updated analyses. In March, the CBO score predicted markedly increased insurance disenrollment, more out-of-pocket costs, and increases in premiums in the short term. Trump officials have denounced the CBO agency and its report as “meaningless.”

Many grassroots citizens groups are actively voicing their opposition.

Since January Women’s March on Washington groups have marched nationwide in support of the Patient Protection and Affordable Care Act (also known as Obamacare). According to Asian and Pacific Islander Health Forum (APIAHF) repealing the ACA will negatively impact millions across the country:

What we know is that millions of Americans, including Asian Americans, Native Hawaiians and Pacific Islanders (AAs and NHPIs) relying on coverage…will be worse off…the ACA provides assistance to all lawfully present persons.

According to the American Cancer Society Action Network:

In 2015, approximately 1.5 million people with a history of cancer between 18-64 years old relied on Medicaid for their insurance. Nearly one-third of childhood cancer patients are insured through Medicaid at the time of diagnosis. The proposed repeal of Medicaid expansion along with significant federal funding changes could leave the nation’s lowest income cancer patients without access to preventive, curative and follow-up health care.

According to the 38 million member strong nonprofit American Association of Retired Persons (AARP), the AHCA will jeopardize Medicare. In contrast, the ACA had strengthened access by expanding cancer-screening, offering free wellness programs, and facilitating a coordinated patient-centered ethos.

In fact, according to government analysts, the Medicare program begun in 1965 under President Lyndon B. Johnson is solvent until 2028. If it can pay 87% of costs after 2028, who really benefits when the program is gutted? According to AARP advocates:

Congress wants to dramatically weaken Medicare, which could open the door to vouchers and slashed benefits. They want to institute an “age tax” that would force older Americans to pay thousands more for health care. They want to give billions in handouts to insurance and drug companies, and stick you with the bill.

Drug companies, special interest groups, and corporations stand to reap hundreds of billions of dollars in tax cuts, through higher premiums, and by being able to privatize and capitalize growth on the health stock market. More importantly, all the administrative improvements and incentives of the ACA will disappear.

This is why AARP is mobilizing its members to write to and visit members of Congress, urging them to oppose any plan to cut Medicare benefits. The No Cuts Campaign has over seven million participants so far and has already reached millions of people nationwide. They are urging everyone to join in the fight to ensure that all Americans can continue to receive affordable health care.

Tell your legislator that you oppose the American Healthcare Act of 2017 and briefly why, such as how the Affordable Care Act (Obamacare) has helped you. Express why you are concerned about the AHCA, how it will affect your household or finances. Say you support your Senator but will hold her/him accountable. Thank them for killing the American Healthcare Act of 2017.