Fork in the road: Improve or Replace ACA, Part 3 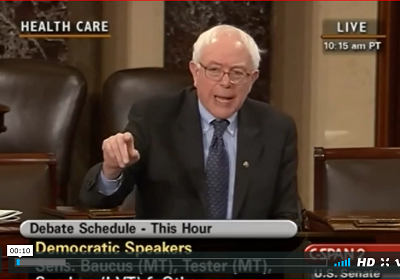 Fight expedited reconciliation and defend ACA to its last

In fact, there is really nothing about the Patient Protection and Affordable Care Act (PPACA/ACA/Obamacare) which cannot be readily altered or improved, whether it is increasing tax subsidies for small businesses, further expansion of Medicaid, or enacting stricter price controls.

Nor is there reason for the exorbitant rise in national healthcare costs. Whether it’s pinworm medication, having a baby, or health insurance premiums, the costs have risen eight times what they were from the early 1950s.

Abandoning the system that we have only leaves a vacuum which the GOP intends to fill with dead people—those whose lives are expendable because their labors are being replaced by machines and robots. Trumpcare or the American Health Reform Act of 2017 is just the beginning of the end of U.S. civilization as we know it (more to come on that).

Once the system begins to be dismantled, not only will funds disappear, but the administrative expertise, the social service advocates, the experienced government workers who have helped make life easier for those who suffer, virtually guaranteeing that more struggling middle income people will be forced to join the ranks of the poor.

Rather than let the AHCA pass under the radar and go to the Senate Floor for a vote even without a CBO score (so Trump has something to celebrate before the July recess), real progressives are fighting against expedited reconciliation.

Don’t just call your Senator. Tell them that you know what they are up to, that you expect them to fight ACA repeal. Tell them to propose improvements to the Affordable Healthcare such as by increasing subsidies and price controls. Tell them to Vote NO on the Senate version of AHCA 2017. Describe what it means to you and your family because you know it’s going to take years to replace.

Thank but remind them:

“The Affordable Care Act received 36 days of hearings. The bill to repeal it and gut Medicaid, which millions of Americans have relied on for over fifty years, will receive no public hearings. No hearings, no time for real open debate and amendments, no opportunity for people who will be profoundly harmed by the legislation to discuss the details with the lawmakers who are supposed to represent them. That’s a profoundly undemocratic way to pass any legislation, let alone a bill that means life or death for millions of us.” (quote from OurFuture.org)