Fork in the road: Improve or Replace ACA, Part 2 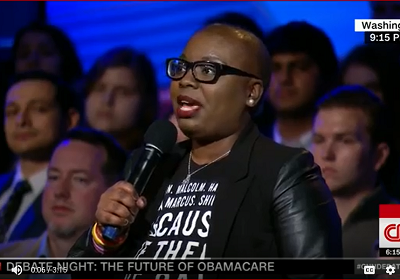 In Part 1, we discuss how ACA is being repealed in the House and the Senate. In Part 2, we discuss midnight voting, and the impact of repeal whether or not there is a replacement.

Big corporations have bought the Congress not only through money but through their inside knowledge and expertise on legislative procedures. Corporate lawyers understand the details on Roberts’ Rules and how to work a vote on a proposal when the chambers are more than half empty.

In fact, The Truth Behind the Bankruptcy of Detroit is a case-study example of the undercover tactics used by both party politicians. In this case a corrupt federal judge was used to subvert the state law offering bankruptcy protection for Detroit, itself the object of a series of bad interest rate loan swaps. The judge said it would be okay to sack municipal assets including worker pensions and the art museum. Later when a Michigan state judge challenged the 2011 emergency manager law and declared it illegal, the pro-bankruptcy lawyers rushed to file a bankruptcy petition to bypass the state judge’s illegality ruling.

Wall Street investors and their cronies stand to gain massively from the tax breaks, re-privatization, and collapse of ACA and Medicaid funded healthcare.

At stake are both vulnerable populations and people’s careers and livelihoods in exchange for short-term gains for the wealthy who would be able to pocket an estimated $600 billion.

Most Americans who gained coverage under Obamacare got it through the expansion of Medicaid, and the Trumpcare bill would end the Medicaid expansion after 2020 and also cut back the Medicaid program. It would reduce federal spending on Medicaid by a staggering $880 billion across nine years, starting in 2017. If you left Medicaid, even for just over a month, you wouldn’t be allowed to return to it. Medicaid provides health coverage to millions of Americans, including low-income adults, children, pregnant women, the elderly and people with disabilities. Cuts in Medicaid will have a particularly severe impact on the disabled.

Anger, frustration, and despair are causing people to have to look beyond repeal and think about what it might be replaced with.

A threat to our lives and our democracy

For seriously ill people, think just diagnosed with cancer for instance, repeal is a death sentence, especially if they are low-income, disabled, or elderly. Once AHCA is finalized, many states will be incentivized to do away with the ACA health exchanges, meaning less insurance options.

There are a number of reasons why this isn’t the time for tinkering with the ACA. We have a healthcare crisis now and the means to solve it. The ACA is fundamentally flawed and cannot be tweaked into a universal program…

It is imperative to fight repeal of the ACA because the Republicans don’t intend such a noble goal as a universal program. This is why Indivisible Guide and many grassroots organizations have set up direct call-lines to appeal to those Republican Senators most likely to vote no on the AHCA of 2017.

According to the Congressional Budget Office, if the AHCA passes, in 2018 alone, there will be 14 million additional uninsured. However it is the fall out, the entire weakening of the healthcare system that will place kill many, cost them to lose their livelihoods, put their careers at risk, make them lose their homes, and increase the number of mentally ill people living on the streets.

This is why the New Yorker wrote that the bill is no good. Whereas under the ACA, subsidies for tax credits, and income thresholds for Medicaid eligibility are raised, along with offers for Medicaid Expansion to the states, the AHCA ultimately allows all that to be dismantled, the sooner the better.

If the Republicans really wanted to fulfill Trump’s promise of insuring everybody—or, at least, preventing a big fall in insurance rates—they could have taken the five hundred and ninety-two billion dollars and used them to maintain the Medicaid expansion. Or to enlarge the new tax credits they want to offer for the purchase of individual insurance, which, in some cases, would be much smaller than the subsidies offered under Obamacare.

The idea that most everyone will be paying more for less, while elderly people, low income, and the disabled basically begin to drop dead like flies, has many third and independent progressives supporting H.R. 676, the Medicare-for-All bill introduced by Representative John Conyers, co-sponsored so far by 112 Representatives.

If the repeal takes place, Green Party Dr. Margaret Flowers recommends throwing popular support behind H.R. 676 Medicare-for-All, since it would truly be treating access to medical care as a human right not as a commodity.

The basic reasons that Medicare for all works are because the administrative simplicity of one universal plan provides over $500 billion a year in administrative savings and its ability to negotiate fair drug prices means over $100 billion per year in savings on pharmaceuticals. The savings offset the cost of paying for care and getting rid of out-of-pocket costs that currently keep people from seeking necessary care.

Since 1965, Medicare health coverage has allowed seniors to receive low-cost quality care and negotiated medical supplies. Supported by 77% of Americans, what better way to offer universal health coverage than to expand Medicare?

In Part 3, we discuss how to defend ACA and fight the sneaky tactics being used by the GOP.