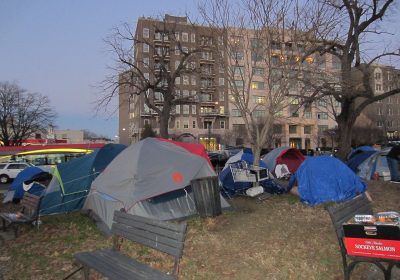 From Your Homeless Blogger, “Making Peace with God-Universe-Nature.” Too few news pundits talk about Death and its impacts on our lives from anything other than a bonehead statistical perspective. Newsmakers focus on numbers and demographics, but never on the deeper ramifications. In fact, too often when someone dies or is being mistreated, such as at Sehome facility in Bellingham, Washington, nobody notices. But in a city with bragging rights about being a “human-rights city“, as blogger Joe Dyson notes, it is really the dedicated and brave individuals who defend those rights that make it important—or it least that the title is worth its name.

Making Peace with God Starts with Me

That kind of argument is only met with obstinance, a staunch counter-argument, a blatant denial of the facts, and so on…there are professionals who are black who are like Trump but don’t even know it! And there is no argument wanting to be created so the case must rest. Please, go on with your wonderful job working in the tunnel, nothing to see here!
Okay, none of that is going to work. We can also project our anger onto the Church or charity administration. All kinds of far-flung accusations and lawsuits are lined up, and the internet is a happy hunting grounds for conspiracies—at least some of which are part true. But this again takes us nowhere. Anger, as we recently witnessed, tends to need an outlet to further legitimize itself. It will use anything for fuel and to rationalize the destruction. Arguably, Americans have become experts at internalizing the need for wars abroad…
Of course the religious aspect on all of this also matters. Strangely, nobody here is of a particularly religious cast, even though this home was founded by nuns. I guess by today’s standards they are also trite persons, for the staff would scoff at “vows of poverty” and most likely view them as just a bunch of underqualified worthless disposables also…
Hours of watching podcasts on Buddhism, on meditation, on the beauty of the lotus sutra, on watching benevolence take place in foreign countries through the efforts of Tzu-Chi Buddhist Foundation as shown on Da-Ai TV. But things were still not clicking for me, because of flashbacks—flashbacks on all the other bad things that have happened recently together with events in my life—really depressing when taken together.
I know I needed some faith, and I am sort of interfaith when it comes to religion having grown up Catholic. A Buddhist-Catholic who also practices Falun Dafa meditation. Altogether these practices help heal and calm together with chanting Ami-Tuo-Fo (Amitabba Buddha incantation). Certainly, it helps that the unpeaceful neighbor is now moved downstairs; it is quieter here. But the aspect of an unhappy ghost remains.
I was too angry to visit the Church nearby. We can’t comment on other aspects over there, yet, the need for healing was so strong that we still undertook a small pilgrimage to the National Shrine. And despite a sort of karmic aftertaste, there was still a very good sense of faith validation. You may not be happy with the church, with administration, with politics, but there is still the faith itself. Only by being grounded in faith can there be healing.
It seems trite today to quote from the Prayer of St. Francis of Assisi. Isn’t that poem a bit too loaded with extremes, binary suppositions? I can’t replace sorrow with joy just like that. Nor does peace come with the snap of the fingers. We see how sorrowful life must be for the Plowshares Eight, including priests and nuns protesting for peace, a true cause. Peace and healing is a process, a personal process that no one should violate or interfere with!
So despite the exposure, let me share with you a beautiful discovery from online at OurCatholicPrayers.com. Even if I doubt that Pope Francis is going to be able to do all that much to ameliorate the piteous situation in Iraq, where the people have suffered decades of wartime unrest and the region is fraught symptoms of climate change, maybe its neighbors will relent more in their persecutions, water-hoarding, and sanctions. Pope Francis has little to do with me anyway. My belief is that he is only a nominal head of the Church; only I can help myself get to heaven. What I can change is how much I can broaden my view of Western faith. All is not lost in this world if we can still pray, whichever part of the world.
So here is just one find from Christopher Castagnoli on “Spiritual PPE: Prayer, Perseverance, and Equanimity.” The essay centers around a simple prayer at its heart:

“Dear Lord, when I’m fighting against darkness and confusion so often these days, strengthen my will in prayer so that i may persevere in good intentions in following You and doing Your will. Help me to develop and nurture the spirit of equanimity, so that I may keep my thoughts and emotions on an even keel, confident that You are there and will see me through whatever choppy waters or even storms that may lie ahead. Amen.”

Its theme involves the ability to stay centered, grounded, amid the distress, the flotsam and jetsam we are surrounded by as we navigate through our complex lives. Shallow people emphasize the rules and regulations in order to scare us into believing that we must do this or that, or else. They want to delude us into magical-thinking, using head-in-the-sand reasoning. Some people delight in intimidating others and seeing them react with fear and anxiety, or other negative reactions, by which they can pull their strings. Others use jeering and mockery as a failsafe to create a sense of shame and humiliation. Still others have such unreasonable rules or mixed messages in dispensing order, that you cannot help breaking them and thereby inducing a sense of guilt. All these are just fleeting emotions which impede you ability to achieve inner peace. This is why Father includes St. Theresa’s bookmark prayer:

“Let nothing disturb you,
Let nothing frighten you,
All things are passing;
God only is changeless.
Patience gains all things.
Who has God wants nothing.
God alone suffices.”

In my humble spiritual sojourn, arm-chair pilgrim, there are many secret treasures in Western Literature, such as William Blake in “Auguries of Innocence” about which the Buddhist Master Venerable Guan Cheng commented upon in his Lecture 60 on The Longer Sukavativyuha Sutra in his podcast on February 19, 2021 (youtu.be/la8xqaTxTfs).

Its not just a simple matter of me becoming more like Mary in the Martha and Mary parable of the New Testament, but me really becoming more sincere in trying to see and find God in other people. The healing is not going to happen overnight, but it definitely starts with me. Jesus with Mary and Martha, Bible Women, Painting by He Qi