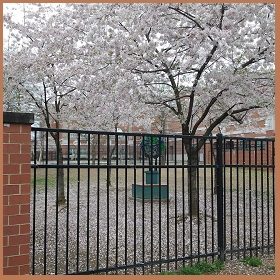 (Washington, DC) – Since February the D.C. Circulator has been free for all riders. Partially as a response to the government shutdown, the Mayor extended the free ridership throughout the month of March. The Circulator began as a private-public bus system to fill the gap in buses traveling to popular destinations. Over the years, the shuttle bus evolved into a Capital commuter option as well. Now affordability and sustainability are married in the #FairShot green economic deal.

During Mayor Muriel Bowser’s State of the District Address on March 21, 2019, the biggest surprise was unveiled. #FairShot will be extended indefinitely. Bowser’s remarks included:

We may not think about it, because it’s just $1 each way, $2 a day, but for a working person it adds up.

The Mayor is interested in balancing the pace of gentrification with gestures supportive of opportunity for everyone, because there is no doubt that the speed and pace of development over the past ten years has left scars in people’s lives, especially upon those newly displaced– people whose economic opportunities fall too short of even affordable housing.

To be fair, it is the entire DC Council who votes on development projects and zoning packages. However too few in the council are actively courting the votes of those fighting for housing affordability from street-level. An exception is Councilman Robert White, a regular keynote on CNHED Advocacy day, during which he tries to set the record straight:

We are at the whims of developers. We in DC are often in the position with developers that ‘something is better than nothing’ [para.]

In fact all major U.S. metropolitan cities are ramping up for gentrification, but Washington has been a leader in green and sustainable visioning. From green roofs, to huge storm drain conveyance systems, to competitive solid waste recycling options, there appears to be a focus in line with the goals articulated by the Department of Energy & Environment.

D.C.’s Mayor and her predecessors have invested in a sustainable DC vision since 2010. It is a member of 100 Resilient Cities, a Rockefeller Foundation project for transformational planning and development by way of disaster relief and global warming preparation. It’s also a member of C40 Cities, a global network of cities committed to reducing pollution, improving health, and meeting the IPCC climate change goals for 2030.

Supporting multimodal transportation systems continues to be vital for reducing greenhouse gas emissions and lowering the population’s carbon footprint. The DC Circulator transports over 5 million riders per year along its six routes. While it’s true there are issues at times, such as the bus coming late during the afternoon commute, there has been a concerted effort at improvement. For instance, it launched a downloadable app to predict where the next bus is and its arrival time. Almost all buses have USB hubs. Most buses are roomy enough to comfortably seat disabled or wheelchair bound passengers even in standing room only conditions. What has made headlines are the recent purchases in the past few years of “green fleet” buses that meet efficiency criteria set by the DDOT. Over the past five years, new fleet purchases have included Hybrid diesel-electric and XD40 clean diesel, made by New Flyer. The latest fleet purchase made headlines on Earth Day 2018 because it is the largest batch of custom designed electric buses ever manufactured specifically. According to U.S. EV bus manufacturer Proterra:

“With 14 Catalyst E2 buses, the D.C. Circulator will displace more than 88,900 gallons of diesel per year, and eliminate more than 243,980 pounds of CO2 emissions annually. In addition to the environmental benefits, the new highly efficient electric buses will have a positive impact on DDOT’s bottom line, since they require less energy to operate and reduced maintenance.”

“These new Circulator buses will allow us to provide improved transportation services to both residents and visitors, and with this greener, more modern fleet of buses on the road, we are building a safer, stronger, and more sustainable DC.”

According to Greater Greater Washington, maintenance yard space is an issue in the District and complete ownership of the bus system may help circumvent contractual obligations and reduce maintenance costs. Nevertheless, the Catalyst E2 saves millions of dollars in fuel, plus currently holds the world record for an electric vehicle: it can travel 1013.76 miles on a single charge. According to Forbes magazine, every year at least 5000-6000 heavy duty buses need to be replaced, and while they cost nearly twice as much, the fuel efficiency of an electric bus is more than five-fold. Climate conscious U.S. cities adhering to a net-zero carbon pledge by 2030 will want to explore EV buses by Proterra.

If you want to check out the EV bus, make sure you catch the 3000 Series D.C. Circulator buses. According to a female D.C. Circulator bus driver, the electric buses are heavier and seem slightly less maneuverable, but they are a lot quieter and their floors are closer to the ground.

Reprinted by the author, https://patch.com/district-columbia/washingtondc/fairshot-d-c-circulator-affordability-sustainability