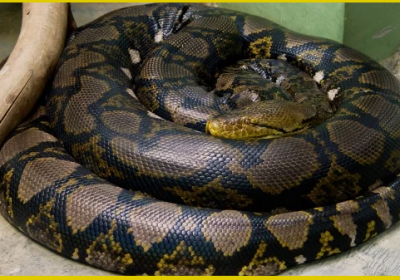 Recently the Amazon owner, Jeff Bezos, slashed twice within a week upon those working in recent acquisitions: Whole Foods, and the Washington Post.

The Express is a daily publication by the Washington Post that was distributed free throughout the Metro area. On weekday mornings, one could pick up a paper for free at the Metro station. Leftover stacks would be tucked into vendor machines. The news tabloid was a welcome read for commuters who took the paper with them to work and might be seen again with it later, perhaps while riding the bus home. Older professional women were addicted to the daily crossword puzzle. Locals who couldn’t afford a print subscription loved the short tidbits on breaking news and other topics. Men perused the sports section and combed through the ads.

Everyone also loved the vendors. Even if you didn’t take the Express, you were greeted in a way that brightened your day.

However it was inevitable, based on Amazon’s record of anti-labor, undercutting, sweat-shop factory like work conditions that the same formula would eventually cross-over.

According to the vendors at the Express, they were not given notice that the print newspaper would end after September 12, 2019. According to the DCist, the 75 distributors of the now-shuttered Express received no notice and no severance pay. If the effect on the contractors was disheartening, few realize that the closing of the print edition also resulted in the shedding of 20 journalists. The print edition, afterall, required abridged versions of longer articles as well as original reporting.

The Washington Post Guild, the labor union for the newspaper, expressed outrage for the abrupt layoff of the journalists and the shutdown:

They were called into a meeting midday on Wednesday with management, where they were informed their jobs were being eliminated and that Washington Post Express would cease publication Thursday.

As if this did not hit daily workers morale in the D.C. area, Jeff Bezos, who bought Whole Foods Market Inc in 2017, also enacted cuts in benefits for part-time workers on the same day.

According to Common Dreams, health benefits for nearly 2,000 part-time Whole Foods Market workers were abruptly cut off on September 12, 2019, leaving thousands of people without health insurance. Of course, this is only a fraction of the 93,000 workforce, however the affects are also psychological, since the company culture prided itself not just as organic but family friendly.

Employees were taken care of and you could feel it—the morale was great, it was a diverse environment, and employees felt supported. So much of that had to do with coverage.

The cold-blooded hits to lower-wage workers coming during the same week has a negative social dynamic in Washington, D.C. despite the fact that tabloids, such as Washingtonian magazine, have been offering the world’s richest man encomiums galore. Just like the entry of President Trump and his cabal, people want to believe that the mega-rich are generous philanthropic spenders, which they may very well be. However the estimate is that the savings for Whole Foods Market will be worth less than six hours of profit.

In any event this does not appear to be the case when Amazon or its representative fire workers for unionizing or use the unions to surveil workers or deny workers unemployment benefits. In the case of the Washington Post Guild, it appears that journalists are at least forewarned of the new potential endangerment through union contracts and guarantees. Already there have been cuts to pensions, reluctance to address modest pay increases, and issues centered around workplace protections.

One scary thing is that the public is scarcely aware how Washington Post editors will downplay critical analysis of Amazon’s business practices or its murky relationships with the Department of Defense, the Pentagon, and the Central Intelligence Agency despite the fact that tens of billions of dollars may be awarded to Amazon for cloud contracts, machine learning, and biometric data systems. The fact that Amazon is poised to gouge the government via additional contracts on all manners of subcontractor supply chains while depriving workers of decent benefits should awaken alarm bells about the nation’s premier newspaper and its potential transformation into a rich man’s blowhorn. Article and photo by AGN